Gas, coal, and other nonrenewable resources are destroying our world. In the United States, carbon emissions have risen by 90% since 1970 alone. As of 2014, emissions were up to almost 10 million metric tons of CO2 present in our air.

That number is not just because of transportation.

That number also represents business consumption and usage. It’s heating and lighting our homes with electricity. This number paints a picture of a world we should cannot continue to live in.

But there is some good to come of this, because now more than ever renewable resource usage is slowly but steadily replacing non-renewable usage every year. Oil rigs will soon shift to wind turbines and coal mining to solar farms.

Even now, everyday American homeowners are considering the switch for their houses from the grid to solar panels. About 600,000 homes were outfitted with Solar panels in 2014 alone.

In 2020, this number has significantly increased and is only going to grow. But for the average consumer, the question remains:

As a homeowner, does solar power add value to your home?

There is a short answer, but it will be better to dive in. So let’s find out.

Some Things to Know About Solar Energy

Technology has come a long way, especially in regards to energy efficiency. The first photovoltaic (PV) panels could only retain captured and convert solar energy at four percent efficiency.

Modern PV panels can absorb and convert the same energy at more than four times that efficiency; a record was set at 34.5 percent by researchers at the University of South Wales. But now there are high-efficiency panels that can convert at well over 40 percent.

To make things more compelling, since its inception solar panels prices have decreased considerably. A single watt could have cost around $300 in 1956.

Not only this but the Solar Industry, which includes jobs, has created a substantial increase in jobs over the last few years. “Solar photovoltaic panel installer” was the fastest-growing job in America as of April of last year.

Solar energy is contributing on a large scale to America’s energy needs; it accounts for almost 2 percent of the electricity generation in the US and has consistently ranked in the top three in US electric capacity additions every year for most of the last decade.

It is easy to see that solar energy is becoming the way of the future.

What Does This Have to Do With Me?

Well, this one is fairly simple: As an American homeowner, public opinion toward solar energy is clearly on the incline. More than half of Americans polled stated that they would be willing to pay $5 more per month if it went to 100 percent renewable energy.

What’s more, even people from places in the US where coal is the dominant energy producer agreed that they would elect to install solar panels if they could recoup their investment in five years. Positive attitudes like these are why solar panel installation is likely to more than double within the next few years.

So Then Does Solar Power Add Value to Your Home?

A study published in 2015 asked this very same question and concluded that yes, going solar increases the value of your home.

But how much does solar add to your property value? Here’s the breakdown:

A 5-kilowatt panel system can offer the installer about 5,000 watts of power, which is the national average.

The study expressed that the home value would increase anywhere from $3-4 for every watt of solar energy it could store, depending on which state your house was located in. The study used California as the control due to the state being the leader in solar energy production.

The study also suggested depending on the size/capacity of the installation, or if your property was an older home that was retrofitted, you could expect to make even more than that.

With so much positive outlook on solar energy and its usage, it would also add social value to your house if you were to install solar panels for your energy needs.

But social value doesn’t add much monetarily. Or does it?

Well, the installation of solar panels can leave a lasting effect on your neighbors; if you install them on your house, your neighbors are actually twice as likely to do the same.

For example, if you owned a home in Florida that was valued at $300,000 and installed a simple panel system, at the very least you could expect your home’s value to increase to roughly $315,000 with the possibility of it being even more.

Because of these factors, you could look at solar panels to increase the value of your home in three ways:

The first by individual value, the second through overall neighborhood appreciation values because your neighbor decided to install them as well, and of course, the popular notion of selling energy back to the electric grid to earn credits on your energy bills.

Installing solar panels to your home has a huge range of benefits. If you would like to see just how many, visit www.acdcflorida.com

The World Will Thank You

The truth is that the non-renewable energy sources that we rely on are on the way out. We only have one Earth to live on but we still have energy needs.

Renewable resources such as solar energy are creating a means to ween ourselves off the non-renewable sources that can be a detriment to our future. If this isn’t incentive enough to consider the installation, think about the money that you can save, and ultimately earn.

Initial costs are expensive, yes. But the costs have never been lower, and the return on investment is more than worth the cost. So, does solar power add value to your home? Yes, and it adds longevity to the planet we call home.

If you want to learn more about solar power and its advantages for your home, feel free to explore our website! 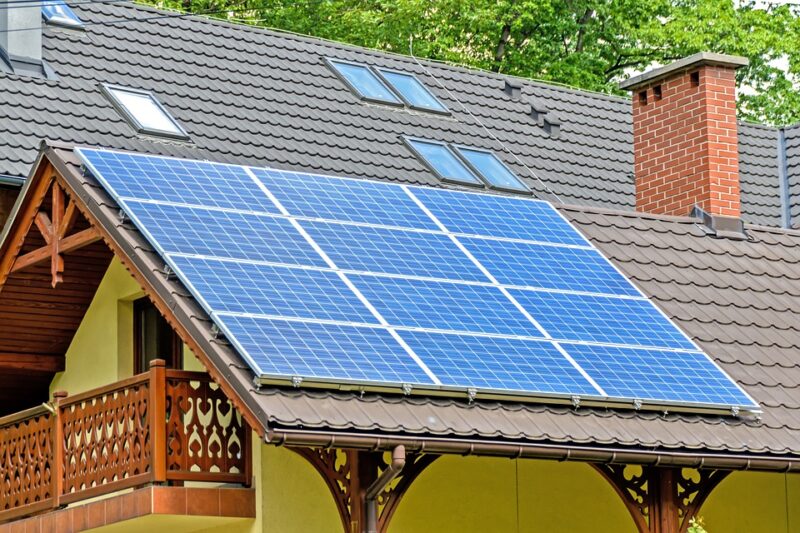 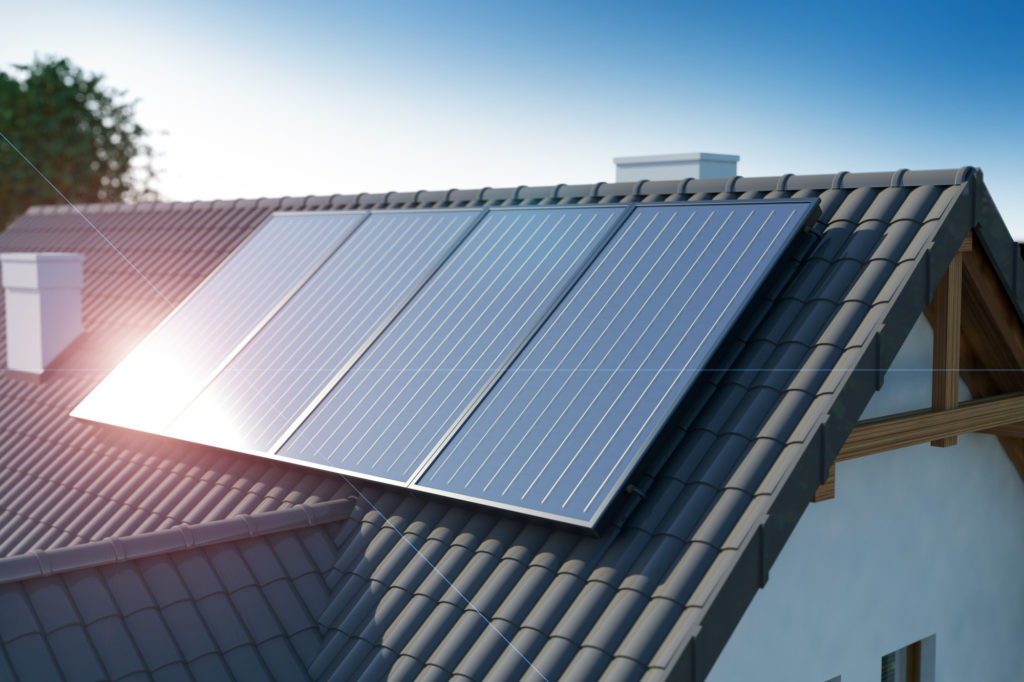 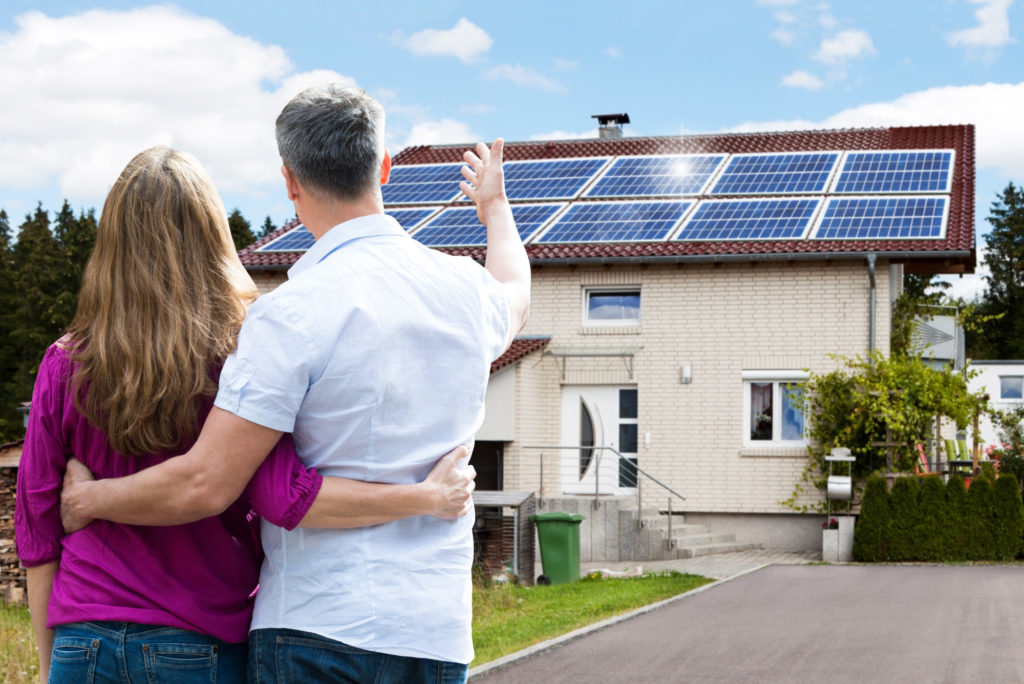