A clogged drain is a serious problem. How serious, you ask? That depends on how long you leave it unfixed.

At first, it’s no more than a slow drain or a slight odor when you get close to the sink. At worst, it’s your house flooding with sewage, backing up from every drain.

That’s why we’re going to help you take care of your clogged plumbing while it’s still in its early stages. The following guide lists the most common warning signs of a clogged drain and what to do about them. Check them out now, before it’s too late!

Warning Signs of a Clogged Drain

The best solution for a clogged drain is early diagnosis. If you can spot and fix a clogged drain early on, it’s less likely to turn into a disastrous plumbing problem. So, right now, check your house/recent memory for these warning signs of clogged drains.

1. Water Is Draining Slow or Not at All

Obviously, a clogged drain will cause water to drain slowly or stop draining completely. Although, it’s less obvious when it happens gradually.

Drain blockages are often caused by soap, hair, and anything else that might stick to the wall of the pipes instead of washing down completely. As it builds up over time, the passageway the water must drain through becomes more narrow.

This change may happen so slowly that you don’t notice the water is draining slower than it used to. Try to remember how fast the water drained when you first moved in. If it was much faster, your drain may be clogged.

Clogs don’t always happen gradually, though. For example, flushing solid objects down the toilet or dumping coffee grounds down a drain can instantly plug up the drain pipe.

2. Water Is Backing Up

In advanced cases, water comes back up the drain. This means the clog has caused a pressure buildup in the pipe. If it’s sewage that’s coming back up, it could be a blocked or damaged sewer line.

Either way, it won’t take long for the problem to get very much worse (and very expensive to fix). It’s imperative that you contact local, professional help, like these plumbing services, immediately.

3. There’s a Bad Odor Coming From the Drain

A foul smell coming from the drain is an even earlier sign of a clogged drain. If the drain smells like there’s something’s rotting inside, it’s because there is.

All that hair and grime we mentioned earlier sits in the pipe and festers if you don’t do anything about it. Then, mold and bacteria grow in this moist environment, making the clog even worse.

4. The Plumbing Is Making Gurgling Noises

This same phenomenon happens when water in a clogged drain is trapped above a pocket of air. As the water slowly drains through the clog, the air underneath it is released to the surface. This is why you may hear loud gurgling noises after you use an appliance with a blocked drain.

5. Puddles on Your Lawn

If you notice puddles that suddenly appear in your lawn and won’t go away, call a plumber. You could have a drain under the grass that’s clogged or damaged.

This is especially common if you have trees in your yard. Tree roots are powerful as they grow and can crush your underground plumbing.

Beware of More Than One Clogged Drain

If you notice any of these signs, but only in one drain, it’s probably only a single appliance that’s clogged. But multiple drains clogging all at once most likely means that the sewer line is clogged. To prevent a catastrophe of sewage backup, call it in immediately.

Solutions For a Clogged Drain

We don’t recommend harsh chemical drain cleaners as they may damage the pipes even more than the blockage. But, unless you have a plumbing emergency, feel free to try the following clogged drain solutions before calling the plumber.

The most obvious, and usually most effective, fix is the trusty old plunger. Simply plug the drain completely with the plunging end of the plunger and pump up and down with the handle.

Do this until you hear a change in the sound of your plunging. When the drain is unclogged, it should sound like water moving up and down the drain as you move the plunger.

The standard, circular cup plunger most of us are familiar with works on sink drains as well as toilets. (It’s actually made specifically for sinks, not toilets.) A plunger specific for toilets is more narrow on the cup end to fit better into the drain of the toilet.

We’re not suggesting you spend an arm and a leg on a drill-like, drain unclogging power tool. You can find a simple and effective drain snake for a dollar at your local discount store.

It’s a 2-or-3-foot-long piece of plastic with a handle and little barbs on the edges. You push it all the way down the drain and, as you pull it back out, the barbs hook onto hair and grime and pull it up. Throw away the grime and you’re done.

If for some reason you refuse to shell out a dollar for a real drain snake, you can make a simple version from a wire hanger. Straighten it out and make a small hook on the end to pull the gunk out of your drain. Be careful, though, because the metal can scratch up the insides of your drain pipe.

Dump one part baking soda down the drain. Rinse it down with one part vinegar.

Let it sit overnight or at least an hour. Then, flush it thoroughly with hot water.

Speaking of hot water, boiling water itself may be enough to soften whatever the clog is made of and flush it through the drain pipe. Flush the drain with boiling water, then rinse it out 15 minutes later.

If those remedies don’t work, try dumping equal parts of salt and baking soda down the drain. After about 20 minutes, flush it with boiling water. This solution may break up more stubborn blockages.

If you noticed any of the warning signs that you have a clogged drain, simply follow the tips above to solve it. However, if these solutions didn’t work, have a plumber inspect your pipes as soon as possible.

Now, check the other articles on our blog for more great tips. 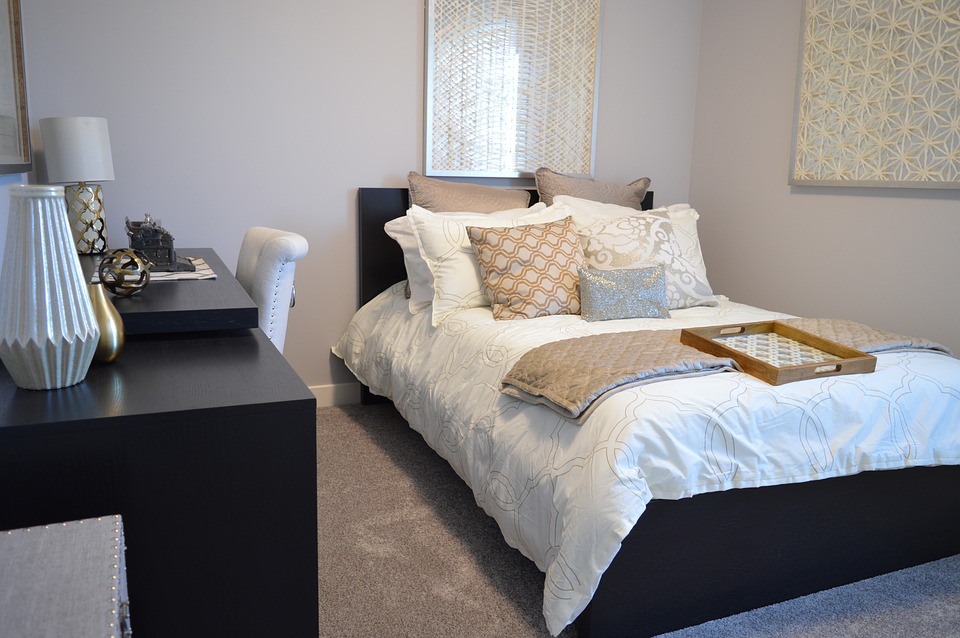